Interview with a world-class researcher of BCI | Masaki Nakanishi

There are about 86 billion neurons in the brain, and the activity of these neurons controls our lives.

The interface that connects the activity of neurons in the brain to a computer is called BCI (Brain Computer Interface). BCI is a science fiction technology that can be used to study the inside of the brain and to enhance brain functions.

The team that set the world record for the BCI in 2018 is the research team of Masaki Nakanishi, who works at the research facility called SCCN at UC San Diego.

For this interview, I had the opportunity to talk with Masaki Nakanishi, who is working as an Assitant Project Scientist at a world-class research facility, about his career and the potential of the world record-breaking "SSVEP" technology.

Went to UCSD for seeking higher technology and environment 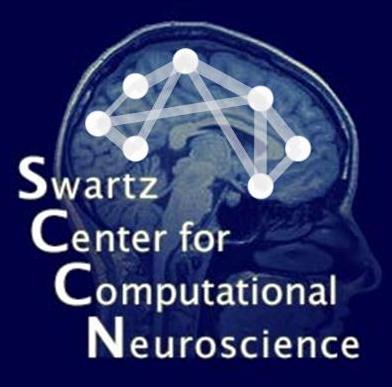 Dr. Nakanishi completed his M.S. at Tokyo University of Agriculture and Technology (TUAT) in 2010, followed by Ph.D. at Keio University in Japan. He then moved to the U.S. as a postdoctoral researcher at UC San Diego, where he is currently working as an Assistant Project Scientist.

Dr. Nakanishi has been passionate about the field of neurotechnology for a long time, and when I asked him how he became interested in this field, he replied "When I was an undergraduate student, I got the idea of this field in a class project titled 'What is the ultimate interface?'. A few years later, in graduate school, I became involved in the research of BCI in earnest."

Dr. Nakanishi mentioned that his decision to leave his Japan and enter a top-level research environment in the U.S. derived from his four-month internship at UCSD during his graduate school days.

After receiving a Ph.D. in Japan, he decided to work as a postdoctoral researcher at UCSD to pursue higher technology. At the research facility SCCN, he contributed to many achievements such as marking a world record in BCI using the SSVEP technology..

Background to the World Record

The index of BCI's goodness is a value called Information Transfer Rate(i.e.ITR), which consists of the following three elements:

By increasing these three elements, we can aim for a high score in ITR.

Dr. Nakanishi said that his team used a technology called SSVEP, and by solving the issues that arose there, they were able to dramatically increase the number of commands to improve ITR. (In addition to SSVEP, there are other methods such as P300.)

SSVEP to be applied in medical and AR/VR industries

So, how can this technology be used in our daily lives?

I asked him about its possibilities.

Dr. Nakanishi said, "First of all, one area where it is already being applied is in the medical field. People with suspected visual field defects can use this SSVEP technology to perform EEG tests to detect which parts of the (brain) function responsible for eyesight is the problem." Also, Dr. Nakanishi said, "AR/VR is the field that will accelerate in the future. By displaying stimuli, which are used to be displayed on a screen on a computer, on the screen of AR glasses or VR, it will be possible to expand the input options for AR/VR.

For example, if multiple buttons are displayed on Google Glass, you can select any button by going through the steps of 'seeing → measuring brain waves'. By linking smart home appliances with Google Glass, it will be possible to turn on/off the air conditioner automatically just by looking at it."

Because SSVEP can accurately detect what is gazing, unlike eye-tracking and other technologies that have been used in AR glasses/VR, it can respond to small targets and can distinguish between gazing at the actual outside world and gazing at the digital world on the glasses.

In addition, Dr. Nakanishi mentioned that, although brain wave measurement devices cause unnaturalness when worn on a daily basis, embedding electrodes that can measure brain waves in AR/VR head-mounted devices will make them more compatible in terms of convenience and practicality.

Dr. Nakanishi told me, in order to incorporate neurotechnology more into our daily lives, there is still a lot of progress that needs to be made in terms of both hardware and software, such as improving the way of stimulation in SSVEP, in addition to developing more accurate and slimmer sensors and devices.

Dr. Nakanishi also predicts that the new BCI technology, which is even more accurate in estimating which part of the brain waves originate from, may be the key in the future.

This time, I had the pleasure of interviewing Masaki Nakanishi, who is conducting research on a technology called VEP at UCSD.

The day may soon come when the sensory experience of vision is combined with brain waves to revolutionize our digital world of smartphones, VR, and IoT.