Neurotech Analytics surveys 200 selected neurotech companies from around the world. Among the 200 companies listed in the report, only one spawns from Japan. That company is MELTIN MMI.

Founded in 2013, MELTIN is a Japanese cyborg venture that has made a name for itself around the world, and is planning to create a new market for robotic neurorehabilitation devices for the hand by the end of 2022.

In this interview, we talked to Masahiro "Mark" Kasuya, CEO of MELTIN, about his ambitions in life, experience founding MELTIN, and thoughts regarding the future of his work including space exploration.

Born in Saitama, Japan, in 1988, Mark has been aware of the limits of humanity since the age of three. At the early age of ten, he saw potential in combining the fields of medicine and engineering.

Some of my earliest thoughts included questions like, why does this world exist? Why do I exist? Or rather, what is this world? Since we did not have the Internet at that time, I read illustrated books and found that the earth seemed to be in the universe. And apparently, the universe is infinite. I thought to myself, how could I possibly understand something infinite? What should I do? The answer I came to was that I should live long enough to figure out the universe, and have high brain performance to figure out the universe.

In junior high, I wanted to experiment using invasive electrodes, but after some research and upon reaching high school, realized that invasive technologies are hurdled with ample ethical and technical considerations.

Why did Mark see the potential in the fusion of medicine and engineering and why did he focus on EMG?

Although I would have liked to get signals directly from the brain, I would have to verify that the electrodes are working correctly, and justify that the signals read from these electrodes are not noise but actually spawning from the brain. By starting with EMG, I can concentrate on the analysis and algorithms with decent confidence that the signals are being obtained correctly.

When tackling human augmentation, there are high technical and ethical hurdles that you must overcome. Considering this, we started with reliable EMG signals for medical applications.

The Founding of MELTIN and the Impact of MELTANT-α

In 2011, Mark received the Robotics Society of Japan's Research Encouragement Award, given to researchers under 35 years old who have made significant contributions to the field of robotics. He went on to found MELTIN with the aim of commercializing cyborg technology in 2013.

After completing his graduate studies, he was a JSPS Research Fellow, and in 2016, he received his PhD in robotics and artificial intelligence engineering from the University of Electro-Communications, Graduate School of Information Science and Engineering, Intelligent Machinery Engineering.

In the spring of 2018, he presented a concept model of an avatar robot using cyborg technology, MELTANT-α, which attracted a great deal of attention worldwide.

“MELTANT-α" is a cyborg prototype developed by MELTIN.

What were the difficulties in the development of MELTANT-α?

Since avatars such as MELTANT are humanoid robots, they can be controlled by sensing their own movements using motion capture, gloves, etc., without the need to use biometric signals or other difficult technologies. This also makes it easier to enter the market for industrial applications. So MELTANT basically does not use biometric signals.

However, when controlling a component that cannot be controlled by your organs, such as a third hard, biometric signals are key.

In October 2021, a prototype of MELTIN's new product, "a robotic neurorehabilitation device for the hand" was completed. Clinical research is currently underway at Juntendo University, with an aim to commercialize within 2022.

Neurorehabilitation is a rehabilitation method based on neuroscience that has been gaining attention over the past couple of years. In brief, Neurorehabilitation promotes the reconstruction of the brain's motor function circuitry by utilizing the brain's plasticity to perform assisted movements in sync with motor intentions. This hastens recovery for patients who have suffered some form of damage to motor-related areas of the brain, such as a stroke, with symptoms of physical paralysis or reduced motor function. Companies researching and developing similar products include myomo, Tyromotion, and connect. 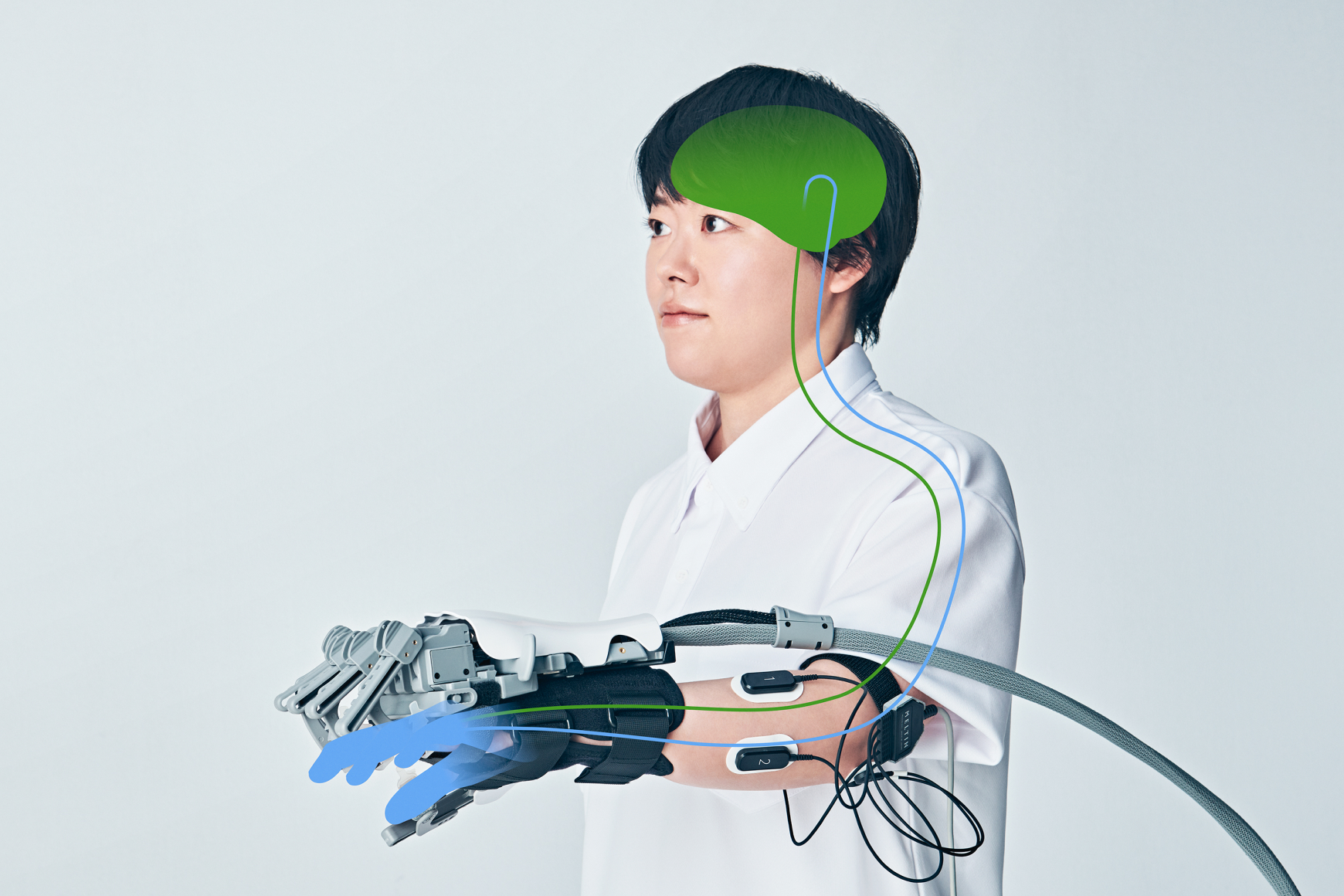 What do you see as the biggest technological challenge in this area in the future? Mark claims that the key is obviously in analysis techniques but even more so in the interactive interface.

The output alone is less meaningful than providing direct feedback to the user. Creating this feedback loop is essential, and the neurorehabilitation device we are developing incorporates just that.

As a timeline for the 2020s, we hope to create two separate pillars: (1) the medical industry for bio-signals and (2) the avatar industry for the physical body. From 2030s, we will integrate biometric signals and avatars, and from 2040s, we will commoditize the integrated products while preparing the legal framework.

He also envisions entering the space industry in the 2040s. Mark's vision is on an extraterrestrial scale, but first, what are some of the difficulties he faces in developing his business on a global scale?

In the US market, MELTIN would need to sell equipment to various insurance companies, bringing marketing and sales costs up. Japan, however, has universal health insurance, making the model much simpler. With this in mind, we intend to enter the market globally, taking into account the characteristics of each country. 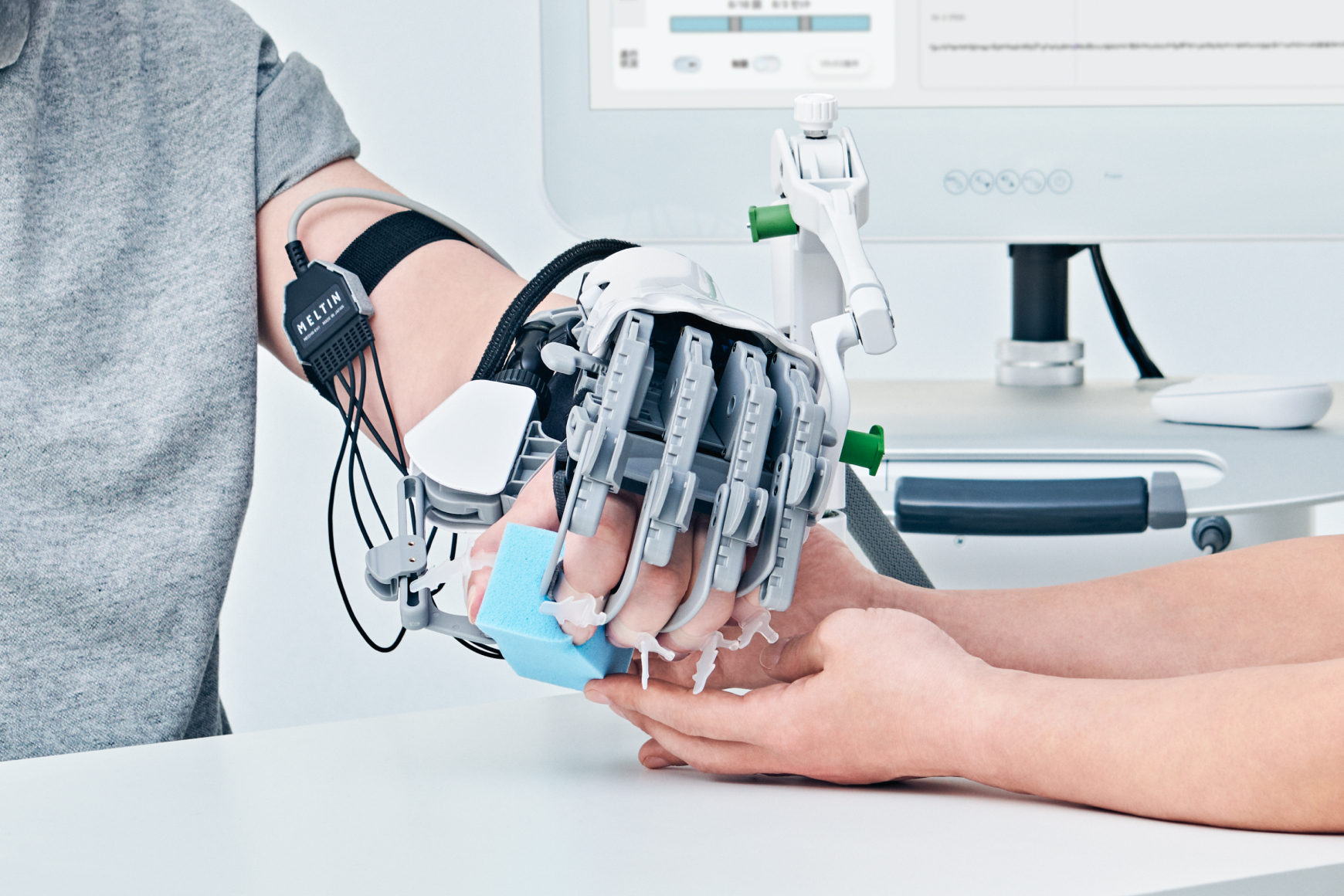 What is the use case Mark personally would like to use when cyborg technology becomes a reality?

For me personally, the best use case would be space exploration. There is no way to exceed the speed of communication or the speed of light. I would disperse my consciousness, copy it, put it on an avatar, fly around the stars, and then collect it somewhere to synchronize. I believe that is could be one way to unravel the universe.

He also gave his unique perspective on the universe as an extension of cyberspace through VR today.

There is a lot of hype around building a civilization in VR space, but it will likely be a space known to humans. Of course algorithms can create experiences that are novel to humans in some way, but I think there is a limit because those exact algorithms are created by humans. MELTIN embodies that sense of reality that comes with a physical body.

動画： The vision of Meltin

We had the opportunity of hearing from Masahiro ”Mark" Kasuya of MELTIN about the fundamentals to the future of the company. They are headed full-speed towards approval for their medical neurorehabilitation device. Alongside their development of the Avatar products, the company has also supposedly started iterating on their neurorehabilitation devices. As Japan’s leader in neurotechnology, we hope to hear and see more exciting developments coming out of MELTIN.

Meanwhile, the company is also looking to expand into markets outside of Japan, those interested can contact them here.