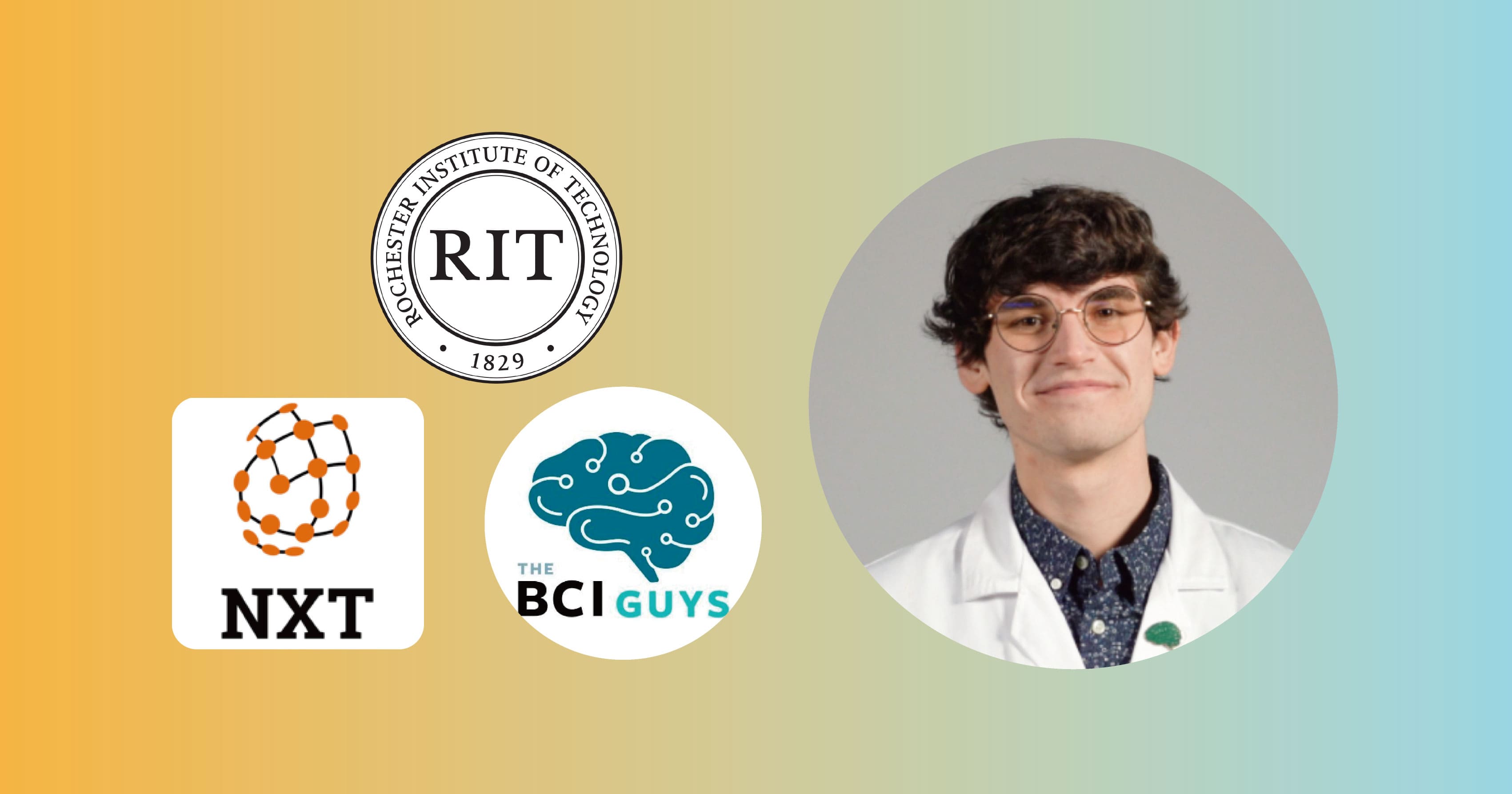 Many hot startups previously introduced in "5 featured startups in Neurotechnology" were spin-off companies founded by scientists or professors, many of whom were inolved in research in the three stated fields.

Neurotechnology is a technology that requires learning in many areas, but there is a young man who is actively working with students to lower the hurdles to learning, Harrison Canning.

That said, neurotechnology itself is an incredibly interdisciplinary study, requiring skills and understanding of multiple high-level scientific and mathematical concepts. To educate aspiring neurotech developers and reduce the educational barrier to entry in neurotech, a young scientist named Harrison Canning is developing resources for students to learn the multitude of concepts in neurotech.

Canning is no doubt a pioneer in free and accesible neurotech education, and NeurotechJP had the opportunity to talk with him about his background, vision, and future of neurotechnology.

A childhood accident sparked his interest in neurotechnology.

Founded in 2018, the Neurotechnology Exploration Team (NXT) is a research group consisting of over 90 researchers and students in total, primarily from RIT. The team is working on several projects using electroencephalography (EEG) and electromyography (EMG), including a wheelchair that can be moved by the mind and a device that moves a cursor solely based on intent. Their achievements have even earned them a Maker of Merit award at the 2019 Dubai International Maker Faire.

The BCI Guys, a neurotechnology media company, was founded when the pandemic forced them to go online. The BCI Guys has over 180 sources and has gained more than 1,000 viewers within a few days of its launch.

Canning said that in both cases, his motivation is to remove the barrier to entry and inspire others who are eager to join the field.

Canning works with neurotechnology and business, and he told me that his work was inspired by an unfortunate accident he suffered when was 13 years old.

"I got a bad concussion in an accident when I was 13, and lost the abilities to speak, read, and write well for a couple of years after that. Someday, I was thinking of a robotic exosuit that I had wanted to design. And I was thinking like, how can you control it? Because I wanted this for people with ALS, people that can't move their bodies normally. So if you can't move your bodies, then how can you control it? And so I was thinking about the brain a lot, probably because of the concussion stuff. And so I was wondering if maybe you can control the exosuit with your mind. And so I got really excited about that. And my mind just started to wander and think about where this could go in the future."

Canning had studied robotics engineering from an early age. However, after an accident that left him unable to do the math and forced him to abandon his engineering career, he thought

"I can't be an engineer, but I want to be a business leader to really push this vision and try to develop the technology."

and ever since, he has changed course to be business-minded.

Afterwards, when he was in high school, he studied business and computer science online and started his own e-commerce and digital marketing company. Later, in college, Canning dedicated his passion to neurotechnology and founded NXT and The BCI Guys.

I asked Canning about how the technology will be used in our lives, dividing the killer use cases into two categories: current and future.

Canning replied that the current killer use case is in Neuromodulation.

Neuromodulation is a technology that directly stimulates a specific nervous system to alter its neural activity. This can improve Parkinson's disease or help people with hearing or vision impairments.

Also, Canning replied that the killer use case of the future is manipulating a computer as intuitively as possible.

"For example, when you first start using Adobe Photoshop, you click on one button and you get 10 buttons, and it takes you a while to make a choice. However, if a brain-computer interface could know enough about what you want to do, it can cut back the unnecessary 90% of options and you see just 10% of options. I think it would be a killer app. And that type of application is possible in non-invasive BCIs. "

Timing and solving technical issues are critical to the establishment of neurotechnology.

While the technology seems like something straight out of science fiction, Canning said that in order for the technology to reach healthy people, it is necessary to determine where it's good enough for them to start using it.

"I think people are over willing to accept the technology sometimes without thinking about concerns around the technology. When Neuralink previously announced the clinical trial, many people wanted to sign up for it although there isn't even an illness underneath. For instance, I want to listen to music with my mind. So, we need to be careful with this stuff." 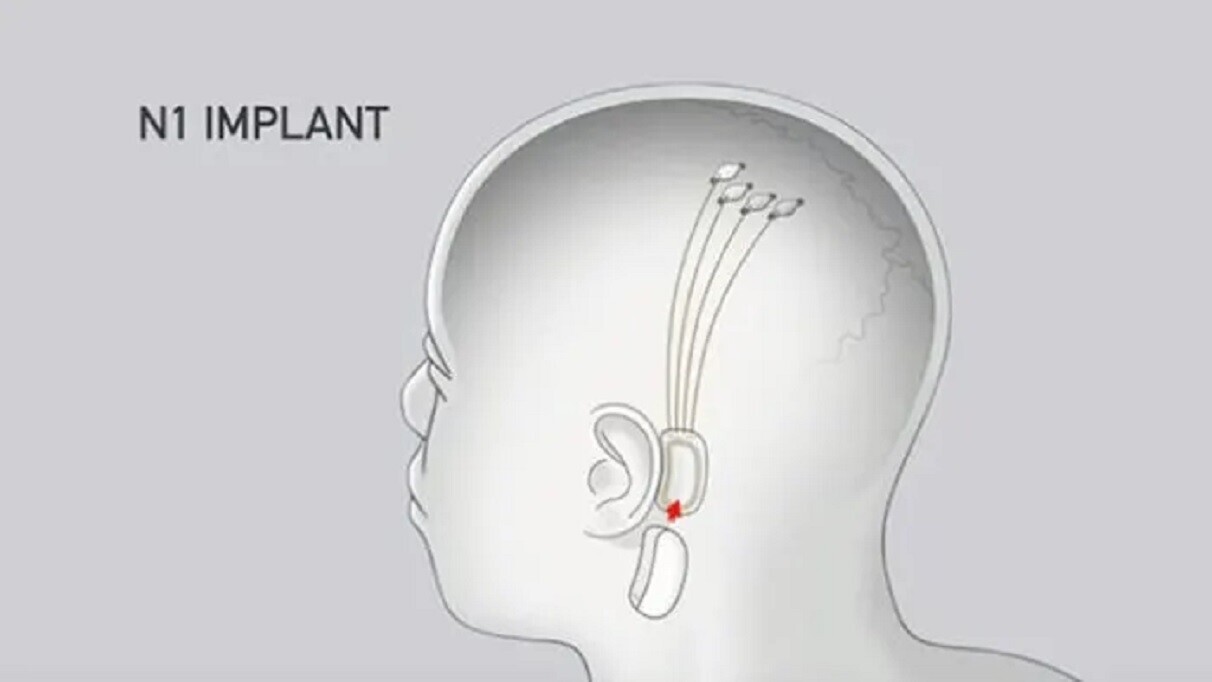 For this technology to truly infiltrate our lives and stay ubiquitous, we must carefully navigate how consumers adopt these devices and confirm that the value proposition is large enough for the lifestyle changes that such a technology could have.

When we asked about his opinion on the biggest challenge that neurotech currently faces, Canning answered that the challenge is how to acquire and process data with the least amount of noise.

"Especially with EEG, which is recording on the scalp, we need to try to cancel out the noise. We also need to keep training the algorithms to read what the brain is doing from the EEG."

Future as a business leader

When I asked Canning about his future plans, he said,

"I want to be a business leader who can at least talk to people of different disciplines... I believe that the brain is the last frontier of user experience, so I'm interested in doing the business stuff around user experience, customer relations."

Also, as for the future of BCI Guys, which provides a lot of online technical material, he told me as the following.

"At first, we're going to be offering online classes of some technical walkthrough, such as demos using the Arduino. We will teach you how to code a little bit. Secondly, what we're looking at is sponsored content such as project videos using a different device from a different company each time."

This time, we had the pleasure of interviewing Harrison Canning.

The contents of The BCI Guys are extremely helpful in entering this field, and NeurotechJP highly recommend watching their contents to everybody interested in starting in this field. 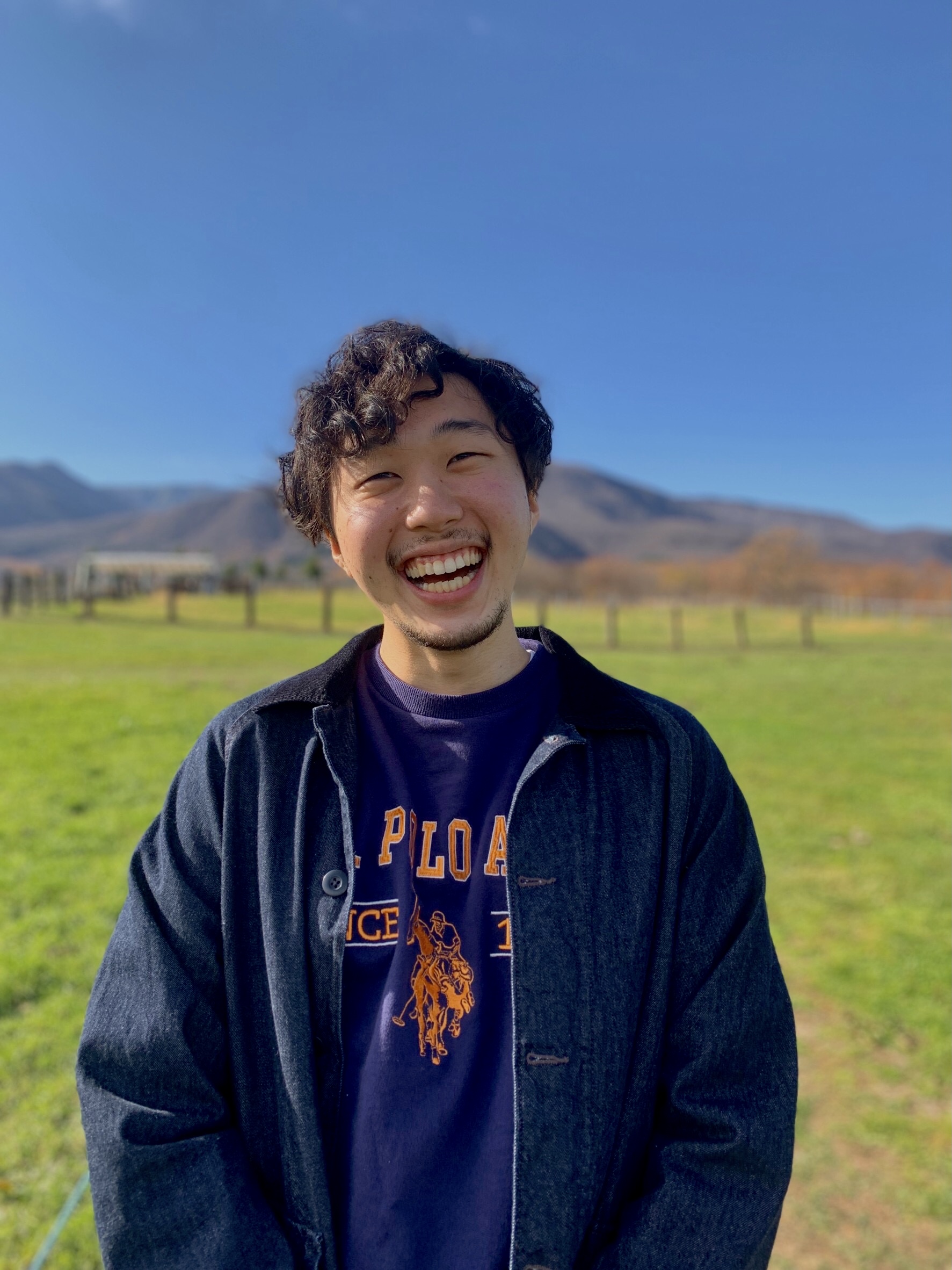