What is the mechanism of human consciousness?

However, there are still many unknowns to clarify the approximately 100 billion neurons in the human brain, and many years of research are still needed.

Under such circumstances, C. elegans is considered to be one of the research targets as an approach to unraveling the mechanism of the human brain. C. elegans is less than 1 mm long and has only 302 neurons. Therefore, it is used as a model organism to unravel the complexity of the human nervous system. 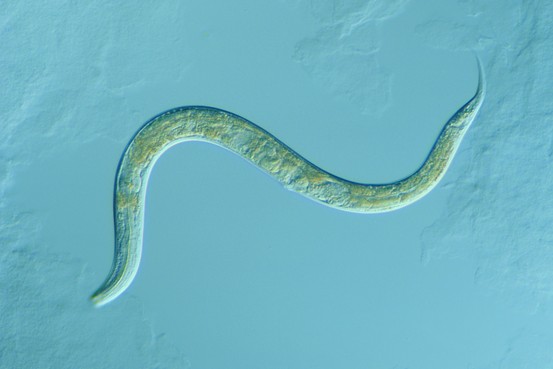 In this interview, we had the opportunity to talk with Dr. Muneki Ikeda, who is researching the mechanism of consciousness using the neural circuits of C. elegans at UCSF (UC SanFrancisco), about his past research trajectory, his current research, and the possibility of future breakthroughs in this field.

"I want to know my own mind." The background of the inquisitive mind that pursues the cutting edge

Dr. Ikeda has been doing neurological research for less than 10 years now, and his interest in the brain and consciousness started when he was in high school and he wanted to know how his own mind worked.

There was a time in high school and college when I was distressed about things, and I wanted to learn more about my own mind. I took classes in psychology and philosophy, and as I learned more, I decided to study the brain because there is a fact that the mind is created by the brain. I guess there was a way to learn about the mind through work and listening to people in various fields. However, as I started my research, I found that the approach of science, such as theories and how to organize facts, was more comfortable for me, and I decided to go into research.

After graduating from the University of Tokyo with an undergraduate degree, Dr. Ikeda completed a master's course at the same university. Since he was an undergraduate student, he has been interested in overseas laboratories that conduct cutting-edge research using C. elegans.

I had the impression that the cutting edge was in the U.S., and I wanted to receive my Ph.D. there. At the same time, I wanted to move to a lab that used C. elegans as a model animal. So I searched for a lab with these two keywords: a lab overseas and a lab for neuroscience research on C. elegans.

Later, he went on to pursue a Ph.D. at Nagoya University in Japan, and after participating in a month-long overseas research internship during the third year of his doctoral degree, he visited the PI (Principal Investigator) of the FOCOLab at UCSF, to which he currently belongs, at an international conference on C. elegans held in the same year, and was accepted to join the lab.

Understand how consciousness works by creating its neural circuits by himself.

Dr. Ikeda said that the best way to understand the mechanism of consciousness is by creating it.

For example, in general, artificial intelligence is an intelligence that is artificially created to solve a problem that exists in the outside world. What I think about AI is that it's an artificial thing that we create in order to understand the intelligence that exists today, or our own intelligence, or our minds. Creating it specifically means creating a model of neural circuit that is as close as possible to the real brain, and by doing so, we can understand it. Also, by tweaking the model corresponding to reality, or conducting virtual experiments on a large scale, I want to understand the mind gradually.

While humans have 100 billion neurons that are intricately connected to each other, C. elegans has only 302 neurons, and the connections between these neurons and the locations of their synapses have been identified.

In his doctoral research, he focused on the behavior of C. elegans moving toward a specific temperature, and identified the population of neurons necessary for that behavior from among the identified connections between neurons.

So, what kind of processing takes place within the identified neuron population that results in the behavior of moving toward a specific temperature?

In his recent research, he modeled the neural circuits of the C. elegans, and succeeded in explaining the processing within a population of neurons by exploring the parameters of the strength of the connections between neurons, associated with the behavior, using machine learning.

We have data on what kind of temperature input we have, and what kind of output we get. We also have data on how neurons are structurally connected to each other, but the missing data right now is the weight between neurons, or the strength of the connections. I wanted to know what combination of weights would better reproduce the actual behavior of C. elegans. In my recent research, I used a genetic algorithm to create a model of the circuit by parameter search, and then conducted various virtual experiments on it, and proposed a relationship between the neural circuit and the direction of C. elegans.

Now we can measure the neural activity of about 200 neurons out of the 302 neurons in C. elegans when it is moving freely. If we know an approach to understand how C. elegans' brain functions by using these data following: the time series of the activity of all the neurons in its neural network; the behavior of C. elegans at that time; the input from the outside world; then in the future, when we have a time series of the activities of all 100 billion neurons in the human brain, that approach will probably be useful in some way.

For many years, research on consciousness has been conducted all over the world, and recently accepted by the industry.

However, the question that still arises is how to put consciousness research on the scientific stage, Dr.Ikeda said.

What I want to know from the beginning is the mind, or "conscious experience" in academic terms. The overall issue is how to apply the methodology that I am taking now to the study of consciousness.

In addition, Dr.Ikeda told me that another issue is how to confirm that C. elegans has consciousness.

There are various proposals for evolutionary approaches to C. elegans, which can explain the complex behavior of C. elegans, but solving the question of whether it can be said to have consciousness is still an issue that I'm working on.

In order to uncover human consciousness.

What I have published in my paper is about a limited group of neurons for a very limited behavior of going to a certain temperature, which is a little less than 20 neurons out of 302 neurons. I want to make it closer to 302 neurons, and eventually I want to reproduce every observable behavior of C. elegans.

So when will this technology reach a breakthrough for us humans?

He answered, currently, we can read a few thousand neurons when we implant electrodes in the surface layer of a human brain, but when the technology catches up to the point where we can read hundreds of millions of neurons, we will be able to successfully apply the methodology obtained from C. elegans.

In the invasive method, electrodes are implanted, and the spike trains at the single neuron level are being obtained. At the moment we are only discussing a few thousand spikes on the surface, but in the future, I think that number will probably increase up to hundreds of millions. That's probably a breakthrough for me, and then I think we can apply the methodology I used with C. elegans directly to a human brain.

This time, we had the pleasure of interviewing Dr. Muneki Ikeda, a researcher at UCSF who is now conducting research on the mechanism of consciousness using C. elegans.

Although C. elegans is an organism far different from humans in terms of both shape and size, the mechanism of its nervous system is becoming apparent every day through research.

The day when we can scientifically prove the mechanism of thought in our brains may be coming soon.